Nowadays, the topic of digital currencies is very popular. Usually digital currencies are called in one word: cryptocurrency. This currency is only on the Internet, in everyday life, on the street or in stores, you will not find it! There are simply no different coins or notes.

There are many types of cryptocurrencies, all of them perform the same task – they are one of the payment methods. You can pay with cryptocurrency on the Internet, exchange it for traditional money, or store it in an electronic wallet for the purpose of accumulation. However, some currencies cost a lot, and some barely reach 100 rubles per unit. But we will talk about the cost a bit later.

You can also give several examples of cryptocurrencies: bitcoin (BTC), ethereum (ETH), monero (XMR) and dash (DASH) coin. All of them fulfill one role, but they vary greatly in price!
There are many ways in which you can earn a crypt. For example: collecting small amounts from sites (usually 1 time per hour, the so-called cryptocrane), mining, or trading.

Let’s sort everything in order

Well, since it was a sale, it means that this currency is worth something. Each type of cryptocurrency has its own cost: some costs 100 rubles, some 600,000! It all depends on the demand for it. The cost of the crypt is called the course. And from this statement, another question arises: “what demand can there be?”

Everything is simple here! Since this currency can be paid, therefore, this function has long been used by both ordinary people and large companies. For example, Microsoft, Apple, Samsung. Since companies have a lot of money, they try to invest them in any shares or crypto. Of course, everyone can do this, but not everyone has the right amount of money. Well, the benefits of large investments can be quite decent.

Most people lose a certain percentage when transferring or exchanging cryptocurrency. I think for educated people to explain something about the percentage is not necessary. Just try to do less and read the terms and conditions carefully. 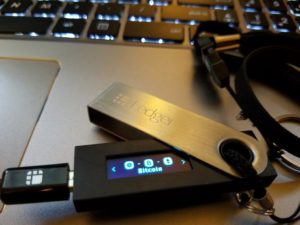 Another very important step is choosing a wallet. You need to choose a wallet that will not require a percentage of storage and transfers. There are many different online services that make it possible to store cryptocurrency and make instant payments when the Internet is available. These services include cryptocurrency exchanges. You can use mobile applications that provide access to your cryptocurrency. There are also so-called cold wallets – these are devices such as flash drives with special software that record the necessary codes with information about your cryptocurrency.

Often scammers are asked to make a transfer to their wallet of any amount, in return promising to reward increase your contribution by 2 times. Do not be fooled by this – this is a hoax.

That’s all for me. Good luck in earning cryptocurrency. The main thing is not to be greedy and calculate profit.