Many have heard about the Forex market, but not everyone knows the essence of his work. Although there is enough advertising on the Internet. In this currency market you can actually earn. Just success depends largely on the ability to competently trade currency. Well, in order to competently trade currency, in my opinion, you need to have a good understanding of technical and fundamental analysis, follow the events in the world and have patience, composure and self-discipline.

However, in some cases, there is no need to understand the intricacies of the market, since Forex also offers a passive way to earn money. Now we will consider the 5 most popular options for generating income without leaving your home. 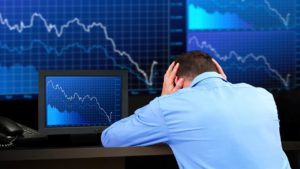 It seems that making money in the Forex market is quite simple, because this is just speculation. For example, the current dollar rate is 60 rubles. A person is registered on the broker’s website (it is such an intermediary that provides access to the foreign exchange market), replenishes his trading account and completes a transaction for the purchase of dollars for rubles. Suppose he buys $ 2,500 (figures excluding the spread) for 150,000 rubles.

The next day, it turned out that the dollar had grown stronger and began to cost 60 rubles and 50 kopecks. This is in the hands of the trader, and he performs the opposite operation, that is, he sells his $ 2,500 for rubles at the new rate. He eventually turns out 151,250 p. The player is in the black. This is approximately the principle of trading in the Forex market.

However, in reality, everything is not so simple, since no one can accurately predict the change in the rate of a particular currency. It’s not enough to understand the work of the foreign exchange market. You should also own different types of analysis, competently respond to political and economic news. Without careful preparation, success in the Forex market is impossible.

To open a position in the market you need to have a fairly large amount of money, which, of course, most ordinary traders simply do not have. Here, brokers came up with leverage.

Margin trading has advantages, because it is an opportunity to start trading with a minimum amount of personal money in the account. However, the risks here are increasing. If everything is not according to the plan of the trader, and the movement of the currency exchange rate in a pair goes in the wrong direction, then there will be a risk of early closure of the position. And it will be, because the broker’s money cannot be spent. Therefore, if the margin “burns out”, then the position is closed. As a result, leverage money is automatically returned to the broker, and the player simply loses his amount.

And you always need to remember an important point: there are no win-win strategies for trading on ForEx. The entire Internet is crammed with advertisements, where gullible people are inviting the market, promising golden mountains. But this is just the distribution of referral links. A trusting user follows the link and loses money using the proposed “win-win strategy”, and the link distributor receives a percentage of the money he loses. 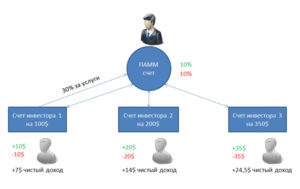 There is almost no need to delve into the work of the Forex market, since all worries about productive trading fall on the shoulders of the managing trader. PAMM-account – a big pie, where everyone can have their own piece and, accordingly, earn money on it.

In simple terms, an investor, having opened a trading account with a broker, can transfer his money to the professional trader in trust. It is he who, using the total capital of the pamm account (personal funds and money of all invested investors), will trade on the Forex market.

Further, the profit is distributed according to how much each investor has invested in the account. For example, if a person invested $ 1,000, and a month later the PAMM account “grew” by 10%, then the investor’s share has already reached $ 1,100. If PAMM gives a loss, then, accordingly, the investor will have a loss.

For his work, the manager takes a percentage of the investors ’profit. And often quite a large percentage. But this is not so upsetting as the risks. Yes, the profit from investing in pamm accounts can be very large. But the risks here are proportional.
Automated trading

There is also social (automatic) trading. In other words, it is copying deals. There is something similar with PAMM accounts, but it works differently. A trader replenishes a trading account, but does not trade himself. He finds the most successful other trader. Typically, brokers have statistics on the transactions of all players. Next, a person subscribes to this trader. As a result, all actions on the account will be copied. A trader bought N dollars for N euros – the same operation took place on the accounts of its subscribers.

Roughly speaking, here the trader does not need to puzzle over the analysis. It simply automatically performs the same operations as the trader to which it is connected. Here you can cancel transactions on your account that, in the opinion of the person, will not bring profit. The risks remain the same. You have to trust the actions of a stranger. Even if according to statistics he has been trading in plus for a long time, but this does not exclude that he can make a loss-making deal. And the subscriber will lose money too. 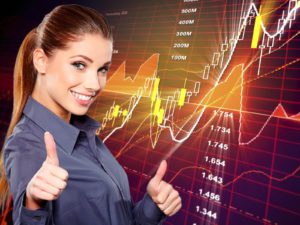 And this is what was discussed in the first half of the article. You can also register on the broker’s website. But not for trading and investing, but for getting your unique referral link. The mechanism is designed so that if someone follows this link and gets to the broker, he will become a referral to the person who distributed this link.

If the attracted person also signs up, opens and replenishes the account, then the percentage of the deposit will be received by the person who invited the referral.

That is why the network is full of videos and articles and “a very profitable and easiest way to make money on the Internet.”

How honest is that? On the one hand, referrals are misleading, promising a prosperous future. The main thing here is to entice a person to the site of the right broker by any truth and falsehood and motivate him to start trading.

Although not everyone is trying to earn credulity. There are resources where people are trained. That is, they immediately talk about the complexity of trade, conduct courses and seminars. And only then they invite people through a link to a specific broker.

In any case, there is earnings on referrals, and it works successfully. You need to distribute links in social networks and thematic forums. The more people see the call, the greater the potential profit.

Earnings on Forex exist, and in fact it is possible to have a large income. But everything is far from so cloudless. Careful preparation and certain knowledge are needed. Of course, you can not bother yourself and just invest in a PAMM account, although there are risks.

It is categorically impossible to enter the market if a person saw a “secret” strategy, which for some reason was decided to open a conditional Vasya to the entire Internet. There are no such strategies. Vasya will definitely advise everyone to go to the market using the link in the description. And then Vasya will receive money for the fact that the people he attracted will lower their money in the market.